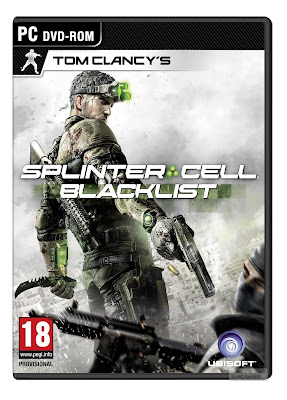 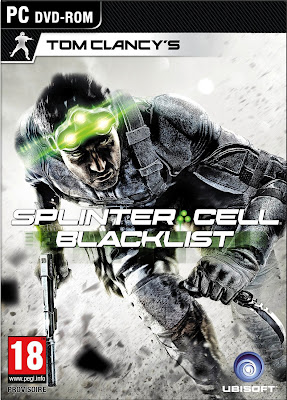 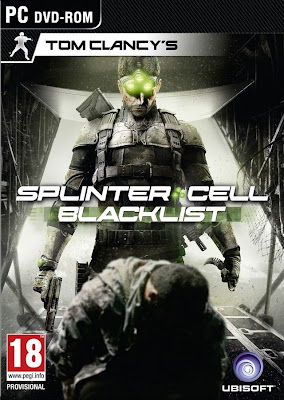 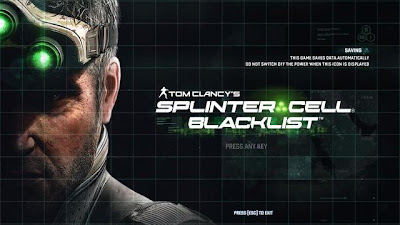 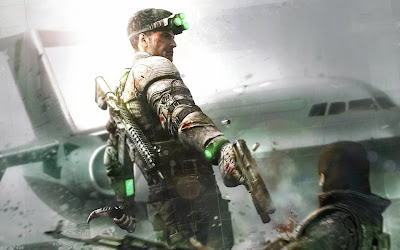 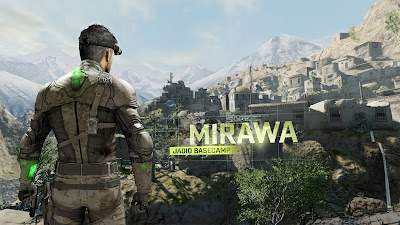 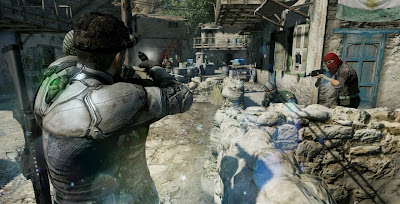 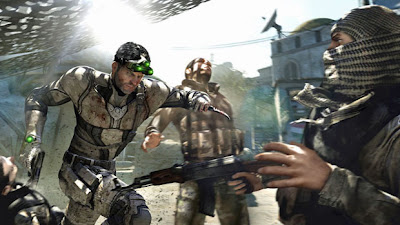 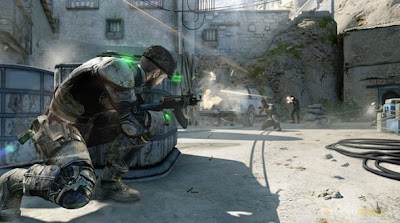 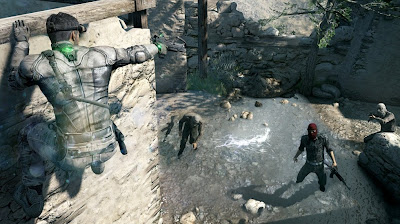 Splinter Cell Blacklist - 5 DVD
Publisher: Ubisoft
Developer: Ubisoft Toronto
Genre: Action, Adventure
Description:
A group of terrorists calling themselves The Engineers has had enough of US military occupation all over the world and initiates a terror ultimatum called the Blacklist – a deadly countdown of escalating attacks on US interests. When our nation is threatened, the president turns to one man and one man only: Sam Fisher. Armed with state-of-the-art technology, top-of-the-line gadgets, deadly combat abilities, and an elite team of experts, Sam Fisher holds nothing back to get the job done using whatever means necessary.
Features:
Operate without Restrictions: Sam is back in his tactical suit and goggles, and he’s more lethal and agile than ever. Granted the freedom to do whatever it takes to stop the Blacklist, Sam flies from exotic locales to U.S. cities as he races against the clock to find out who’s behind this devastating threat.
Own Your Play Style: Splinter Cell Blacklist builds on the stealth roots of the franchise, while exploring new directions to embrace the realms of action and adventure. Players can define their personal play styles and be rewarded for those choices. Ghost players want to remain undetected. Assault players rely on instincts and frontal blow to deal with a situation. Panther players look for lethality in the most efficient and silent way.
Tools of the Trade: Take down The Engineers by using new gadgets such
as the upgraded Snake Cam and Micro-trirotor Drone. Splinter Cell Blacklist is also bringing back fan-favorites like the Sticky Shocker and the brutal, curved Karambit knife. Fans of stealth will be happy to make the most of Sam’s sneaking abilities to abduct and carry enemies, while Killing In Motion allows the player to strike with surgical precision by marking and executing multiple enemies in one fluid motion.
Build a New Echelon: Sam is building a whole new Echelon unit; his team, his way. Anna “Grim” Grimsdottir is his technical operations manager, CIA operative Isaac Briggs brings additional firepower, and resident hacker Charlie Cole rounds out the crew. 4th Echelon is a fully mobile ops unit with unlimited resources and cutting-edge technology aboard the re-purposed stealth airliner, the Paladin.
Enjoy a Fully Integrated Experience: Sam and his team are aware of terrorist attacks in real time thanks to the Strategic Mission Interface (SMI). The SMI allows 4th Echelon to receive data about mission objectives while on the move. With the SMI, players can take advantage of the universal game economy system that allows players to fully customize and upgrade Sam, his suit, goggles, weapons, the Paladin and much more.
Spies vs. Mercs Returns: Spies vs. Mercs is back with an new take on asymmetrical gameplay. Players will be able to face off in teams of 4 all the while creating their very own Spy or Merc according to their playstyles via thorough customization elements. The original Classic Spies vs. Mercs experience also makes its long awaited comeback for the fans.
COOP: With the SMI, the lines are blurred between the single campaign and COOP as the narrative is deepened with Sam and Briggs. Earn in-game currency and unlock additional weapons or gadgets via specialized missions assigned by Grim, Briggs, Charlie and Kobin.
Minimum:
OS:Windows® XP (SP3) / Windows Vista® (SP2) / Windows® 7 (SP1) / Windows® 8
Processor:2.53 GHz Intel® Core™2 Duo E6400 or 2.80 GHz AMD Athlon™ 64 X2 5600+ or better
Memory:2 GB RAM
Graphics:512 MB DirectX® 10–compliant with Shader Model 4.0 or higher
DirectX®:9
Hard Drive:25 GB HD space
Sound:DirectX 10–compliant DirectX 9.0c–compliant
Additional:Peripherals Supported: Windows-compatible keyboard, mouse, headset, optional controller (Xbox 360 Controller for Windows recommended)
Recommended:
Processor:2.66 GHz Intel® Core™2 Quad Q8400 or 3.00 GHz AMD Phenom™ II X4 940 or better
Memory:4 GB RAM
DirectX®:11
Hard Drive:25 GB HD space
Sound:(5.1 surround sound recommended)
Other Requirements:Broadband Internet connection
Additional:Peripherals Supported: Windows-compatible keyboard, mouse, headset, optional controller (Xbox 360 Controller for Windows recommended)
Posted by GamerSolution at 9:34 PM