Adventure Time - Explore The Dungeon Because I Dont Know 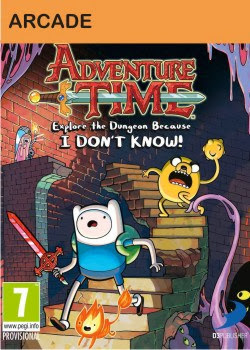 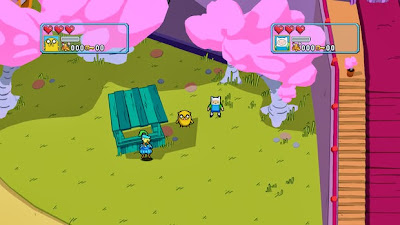 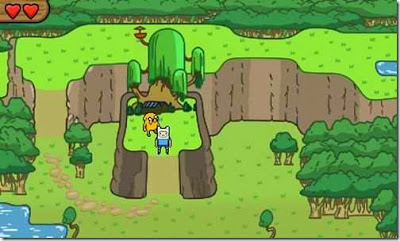 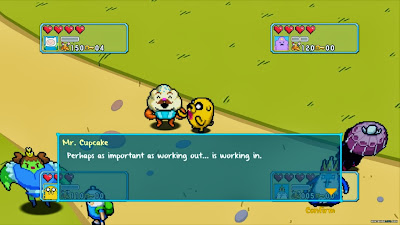 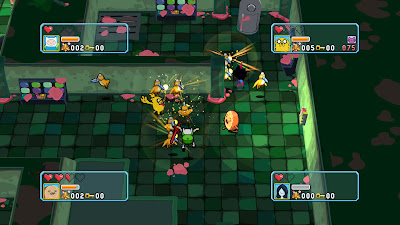 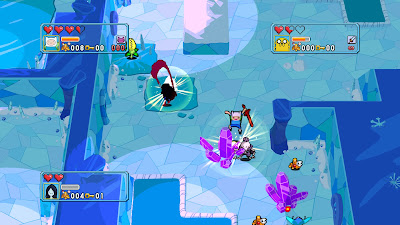 Adventure Time - Explore The Dungeon Because I Dont Know - 1 DVD
Developer: WayForward
Publisher: D3 Publisher
Genre: Action Adventure
Description :
Princess Bubblegum summons Finn and Jake to the Candy Kingdom to investigate a rash of thefts and kidnappings that have plagued her kingdom. She thinks the cause lies within her Secret Royal Dungeon, where only the nastiest monsters and criminals are locked up. If they’ve found a way to escape, the Land of Ooo will be in danger!
Following the mathematical, algebraic, and radical success of 2012’s Adventure Time: Hey Ice King! Why’d You Steal Our Garbage?!!, show creator Pendleton Ward teams up with developer WayForward in the all-new action game Adventure Time: Explore the Dungeon Because I DON’T KNOW! Select from an assortment of fan favorite characters from the show, including Finn, Jake, Marceline, Cinnamon Bun, and more, and team up with your friends in four-player co-operative multiplayer as the Adventure Time world comes to life through beautiful pixel animations, and voiceover from the original cast. Fight through 100 floors of a massive dungeon, battling enemies and bosses from across the Adventure Time universe, using an arsenal of weapons and power-ups. Raid chests for magical tokens to help you unravel the mystery of the dungeon!
Main Features:
Series creator Pendleton Ward and developer WayForward team up again with a brand new storyline and an offbeat, fun adventure for fans of all ages!
Play as fan-favorite Adventure Time characters Finn, Jake, Marceline and Cinnamon Bun plus many more, each one with unique moves and an arsenal of creative attacks.
Characters come to life with voiceovers provided by the original TV cast!
Play solo or grab your friends for four player, co-operative multiplayer!
Fight your way through 100 floors of a massive Secret Royal Dungeon, avoiding treacherous hazards and defeating menacing enemies and bosses from the Adventure Time show!
Equip up to 40 Tokens for awesome ability boosts like Candy Seeds to double the effectiveness of food, Zeldron’s Armor that halves damage taken, and Wizard Eyes to see trap switches!
Arm your characters with 20 Sub-Weapons like the Hero’s Gauntlet, Kitten Gun, Sack of Butter, and Ice Stars to complement your attacks!
Interact with other popular characters from the Adventure Time show to learn about side quests or buy upgrades to aid your main quest.
Minimum System Requirements :
OS: Windows XP, Vista or Windows 7
CPU: Intel Pentium 4 2.4 GHz
RAM: 1 GB
HDD: 1 GB free disk space
Sound Card: DirectX 9 Compatible
DirectX: Version 9.0c
Posted by GamerSolution at 10:22 PM