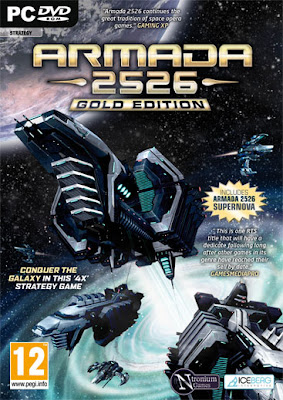 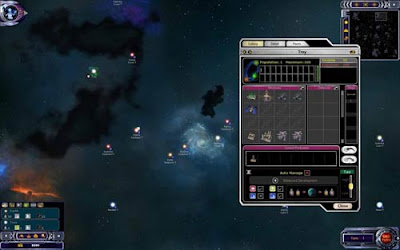 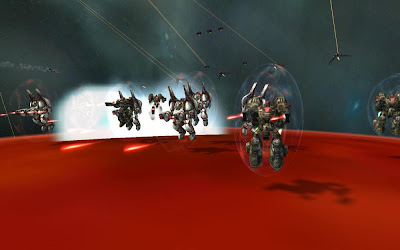 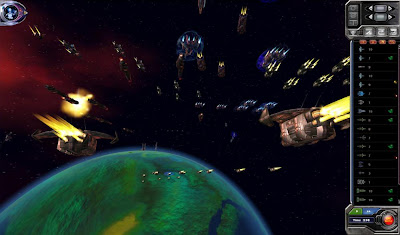 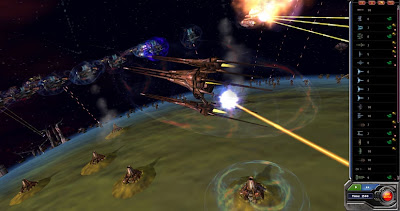 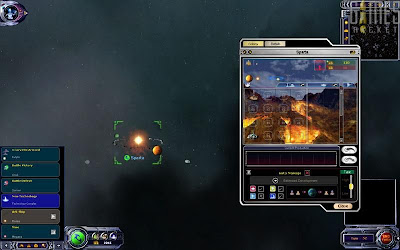 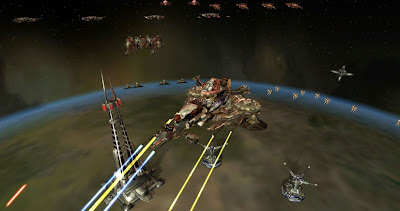 Lead one of 18 different alien races to become a mighty pan-galactic empire. Manage your colonies, deploy your fleets and conduct research. Plot your strategy and turn your planets into mighty bastions. Explore new star systems, where you may encounter tachyon storms, psychic plants, primitives or find abandoned alien technology. Diplomacy is of utter importance in being successful. Make pacts and alliances, make threats or ask for favours – and when the time is right, replace diplomacy by space combat and fight it out in real-time 3D.

The trade system lets you trade valuable commodities between both your own and alien worlds. Alien relics, rare minerals, tourists, or even natural anti-matter, your freighters will carry them all. Although the game is complex, and the possible strategies endless, powerful help and advisor features, help you get up to speed quickly. Unlike many games in this genre, Armada 2526 focuses on providing a game that can be finished in a reasonable time, and emphasizes battle and strategy over economic micro-management. All with one purpose: to emerge victorious and conquer the galaxy with your armada.

Its mission is to develop deep involving strategy/wargames for that discerning group of gamers who love them as much as we do. While everyone likes their work to be popular, Ntronium is definitely founded on the principle that it is better that some people love something, than that everyone merely likes it! We'll be targeting the discerning minority of hardcore strategy fans, rather than the mass market.
Posted by Dream Games at 11:26 PM
Posted by GamerSolution at 11:02 PM