Nikopol Secrets Of The Immortals 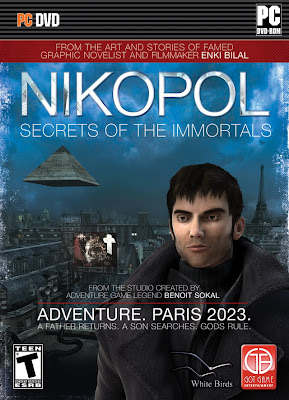 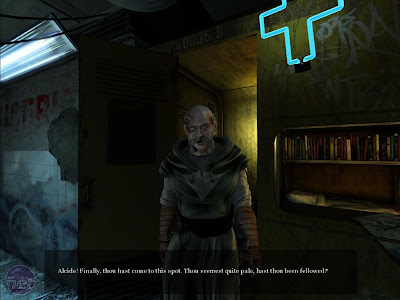 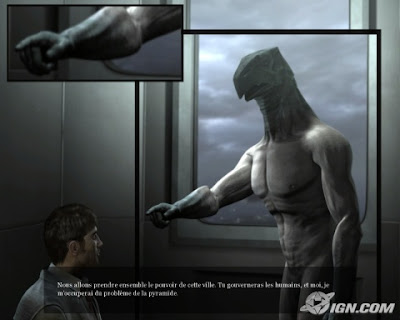 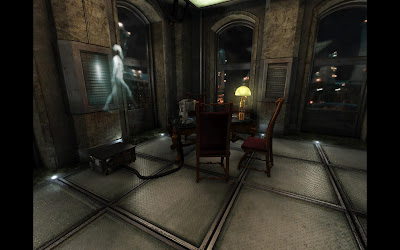 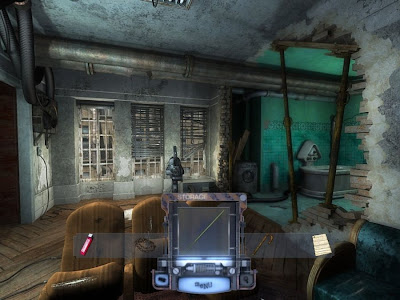 Nikopol Secrets Of The Immortals - 1DVD

Based on the graphic novel "La Foire aux Immortels" by Enki Bilal and approved by author himself, the game is a first-person point-and-click adventure game. You play as Alcide Nikopol, an artist struggling with the authoritarian regime of Paris, March 2023.


The game begins, when a new electoral period is coming in the authoritarian, fascist, and decadent city-state of Paris, and one candidate for the governor post exists, and this candidate is Choublanc, current governor in power. The false hope of the improvement of electoral scheme exists due to the mysterious appearance of pyramidal shape space vessel over the astroport, because it’s believed that the occupants of the pyramid want astronomic amounts of fuel from the city of Paris.

The city is divided in two districts: central with standing army and the leading class and another, surrounding the first, with adventurers and extraterrestrials of all kinds deployed from astroport. Starting the rebellious actions from your artist's apartment located in the district of second kind, you will visit grand palace corridors, underground subway maze-like passages, fortified military towers, etc.

The visitors of pyramid-shaped vessel are actually Egyptian gods (Immortals) and one of them, Horus, decides to possess the body of Nikopol’s father imprisoned in a cryo-frozen camera for last several decades. Meantime, Nikopol has joined a religious resistance group, who, for some reason, asked him to bring his father's portrait. Not remembering the father quite well, Nikopol should find his father's image and enter the resistance group, but during his first steps in the game he will be attempted to put under arrest by lobster-like monster, and therefore should get away from the governmental militia. During the game he will be approached by the other gods and asked to find his father and prevent the Horus' plan. Set in futuristic surreal world, game plot integrates Egyptian gods, lobster-like monsters, flying cars with ordinary items such as rusty pipes, hammers, or cameras, etc.

The game mechanics represent standing in some location, spherical examination in first-person view of environment around you, action with the nearest items if possible, and movement to the next location. Inventory may be filled with found items and then they may be used with other items on the screen, but not in inventory. Different letters, newspapers, notes, etc. will appear during the game to untwist the story or propose you the next task, and special button to
read them is present in inventory menu. A number of puzzles should be resolved during the game such as to write a portrait with 5 kinds of colors, or to break all bricks in the wall with lesser number of hits, etc. Some actions take place in real-time. For example, when lobster-like monster is going to catch you, you should hide from him as fast as possible in your apartment forming a circle and lock him in one of the rooms or you will be dead. Animation sequences, representing the events in 3rd person view, are shown between the themed locations in some kind of comics-art style, while screen is divided on several parts, and events may flow in them consequently or in parallel way, or while focus is set for certain characters, and their actions are put in front.
Posted by GamerSolution at 6:33 PM