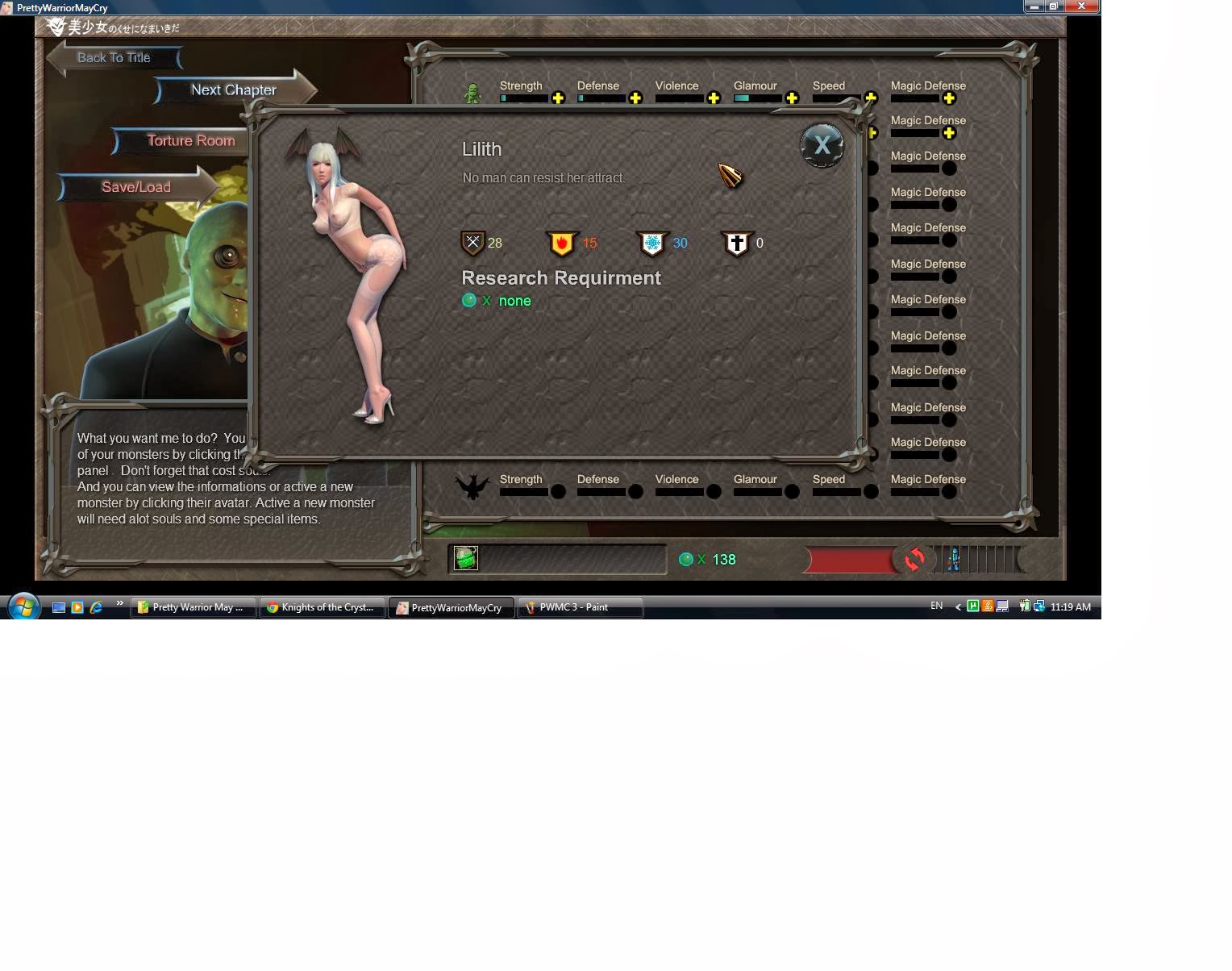 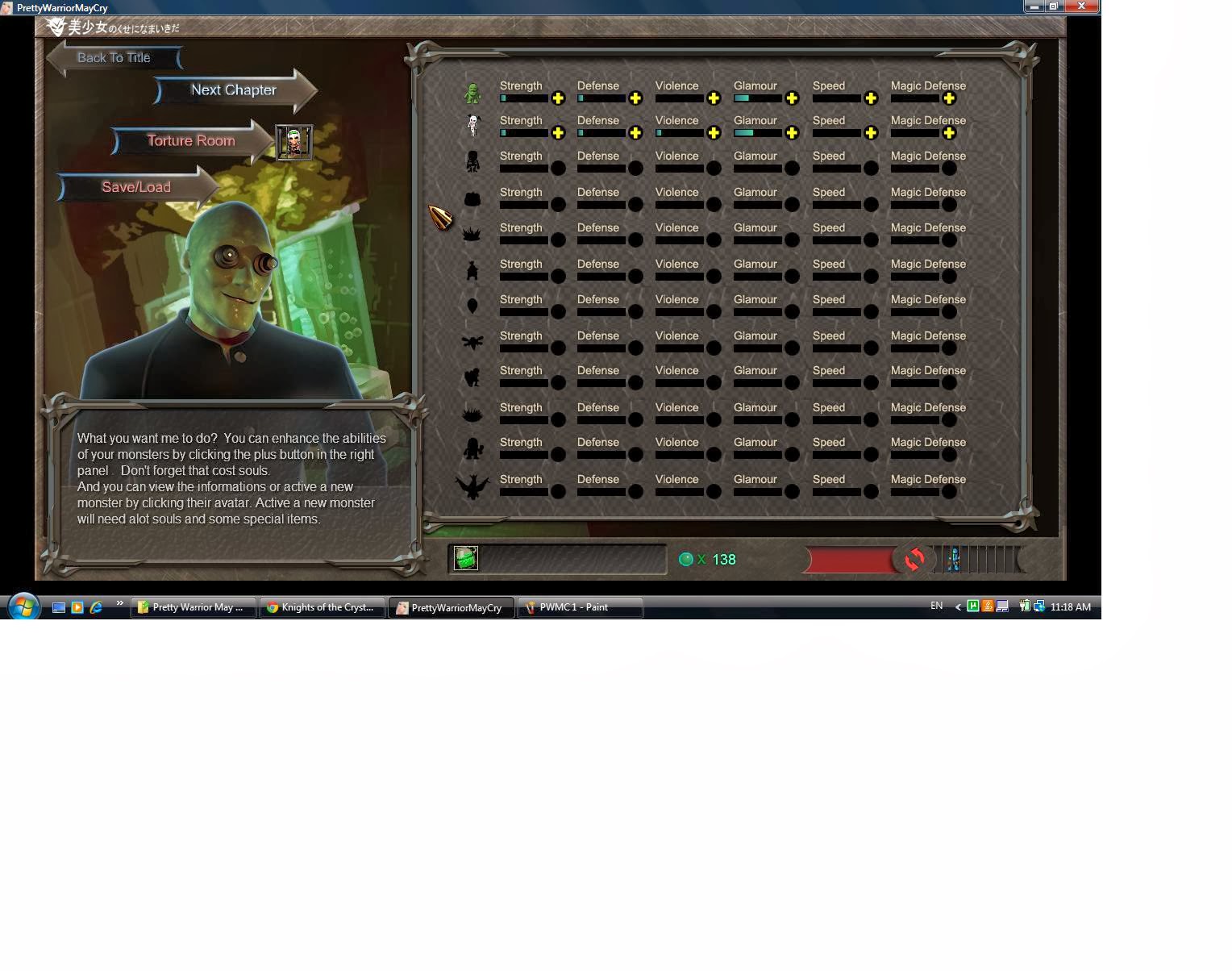 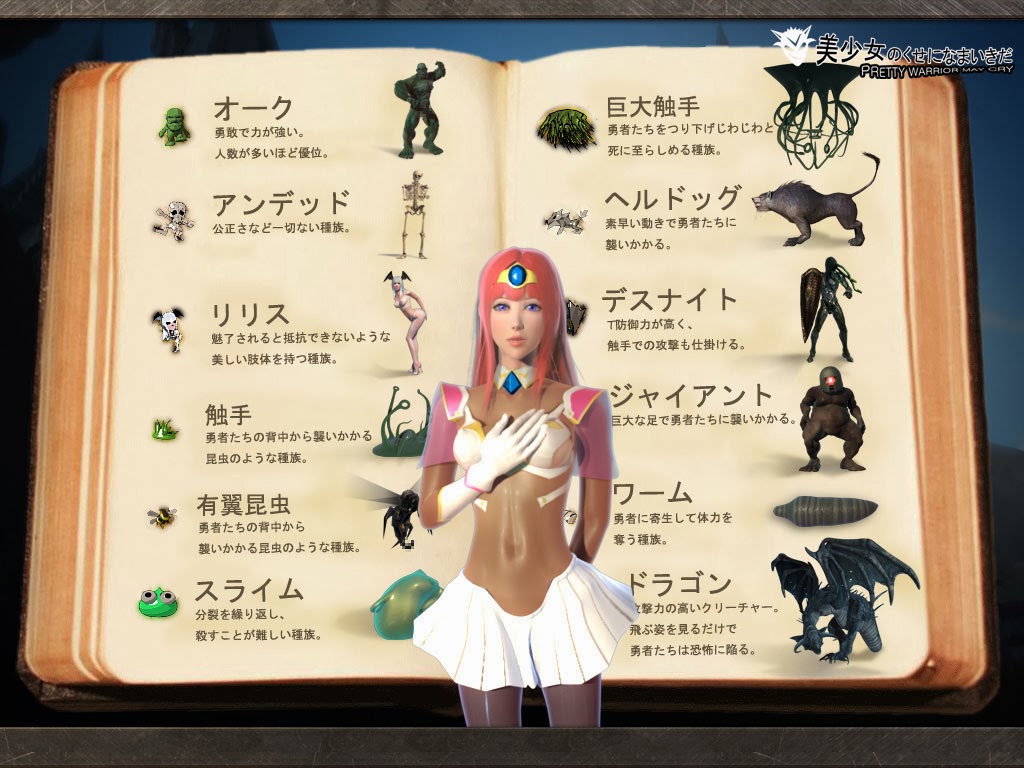 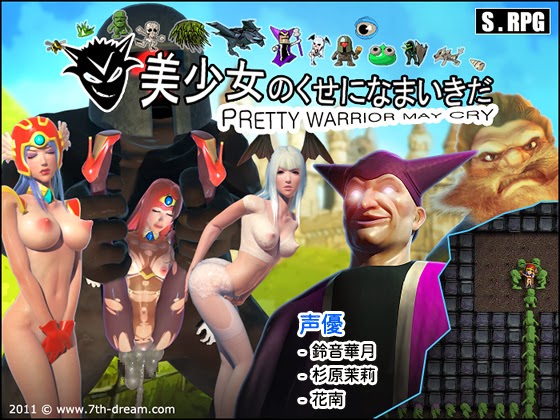 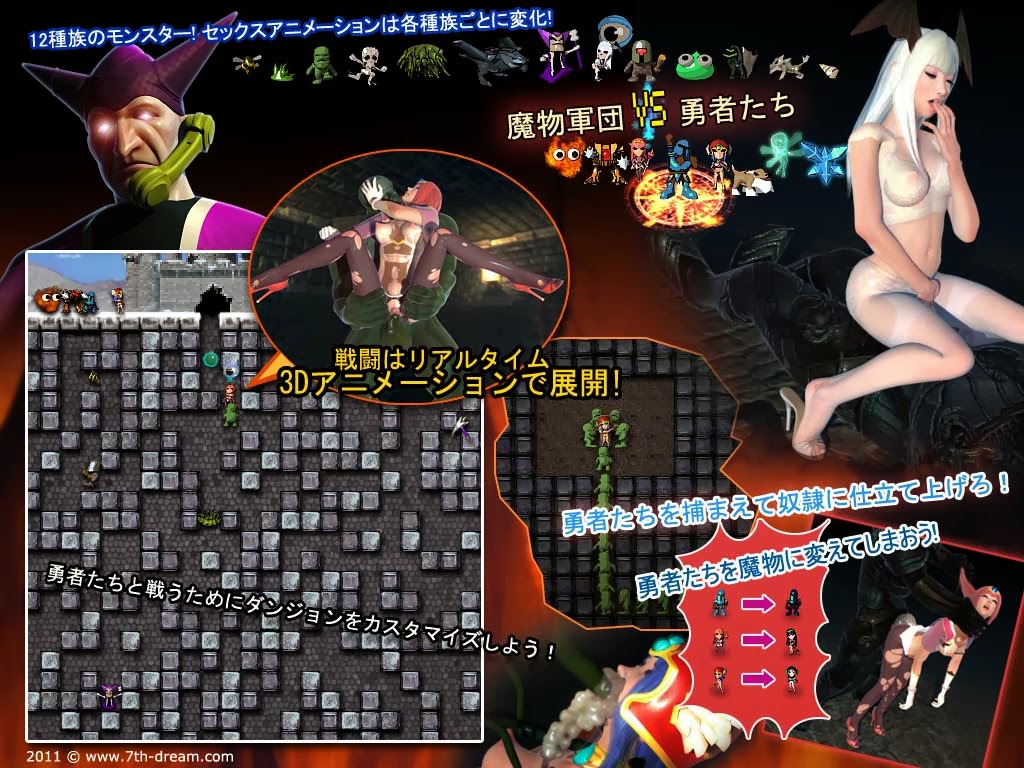 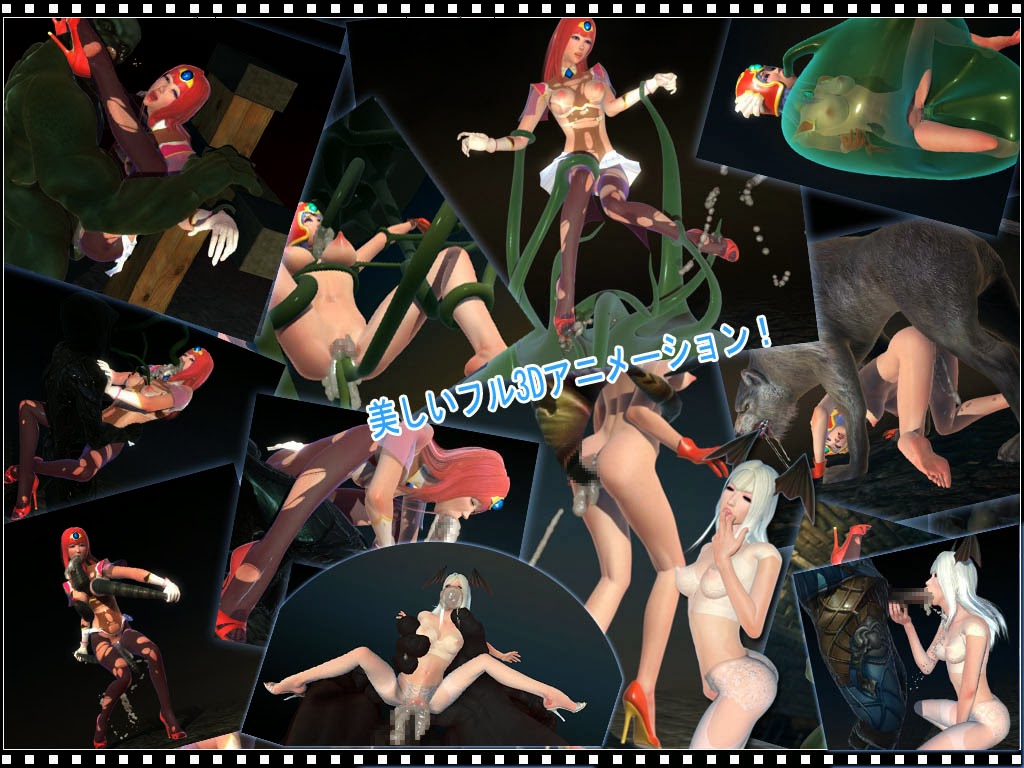 Pretty Warrior May Cry - Enhanced Edition - 1 DVD
Basically, you're like an evil wizard who's goal is to take down a kingdom cause the King has ordered his knights to kill all of your demons. Basically you dig up tunnels and hide the wizard from the knights, and you place your demons throughout the dungeon who try to stop the knights. If the wizard dies it's or course game over. The way to stop the knights, there's 2 different ways. The first is to have your male monsters kill them, the other way is to have your female monsters seduce him and capture him, in which case when you capture him you can go to the torture chamber and let your female demons have their way with them. There are both male and female enemies. Male demons hurt male enemies, but rape female enemies. Female demons hurt female enemies, but rape male enemies. This game does require some strategic play, so be sure to think with the head that's on your shoulders and not with the one that's between your legs lol (sorry couldn't resist) Also you can upgrade your demons as well as buy new ones, but to do that you need a certain amount of souls.
Here are the ways to gain souls
1. Throughout the dungeon there are souls hidden, if your demon gets it then that adds to your soul count as well as let your demon gain exp.
2. if you beat a chapter within a small amount of time and make sure not too many of your demons die, then you gain souls
3. you have the option to kill or capture your enemies, you gain points either way.
4. each time one of your demons levels up then you gain souls.
5. when you go to the Torture room, put 2 succubus far away from from the captured enemy, they'll just walk around but as they walk around they somehow gain exp, in which case they level up without really doing anything, and as they level up you gain souls. To make this constatly work, just do this. Go to the toture room (must be your first time when you open up the game) place two succubus in the dungeon (one in the top right room and the other in the top left room) they'll walk around gaining you souls. When they reach the enemy soldier, leave the dungeon, save, then exit out the game. Re-open the game, load your data, go to the torture room and do the same thing. Now just kick back and watch as your souls increase. You can do this a number times, just be sure to save your data, exit out of the program, then re-open it k. If you save then load it, without exiting out, it won't work. Be sure to have at least 90 souls left over, when you summon a succubus into the torture room it costs 40 souls, so be sure not to spend it all.
Here's what each stat does
Strength- deal more damage to the same sex enemy
Defense- Take less damage from Physical attacks
Violence- Deal more damage to the opposite sex
Glamour-Take less damage from the opposite sex and be able to increase the capture speed. (the higher this is, then the quicker it'll be for your demon for capture the enemy)
Speed- your demon will be able to move around the dungeon faster
Magic Defense- Takes less damage from Magic Attacks
Each time you upgrade one of these stats the number of required souls goes up by 50. Like when you upgrade a stat for the first time it'll cost only 50 souls, then to upgrade it to the next level it'll cost 100 souls, then it'll cost 150 souls, and so on and so forth, so be sure to spend your souls wisely.
Posted by GamerSolution at 6:57 PM