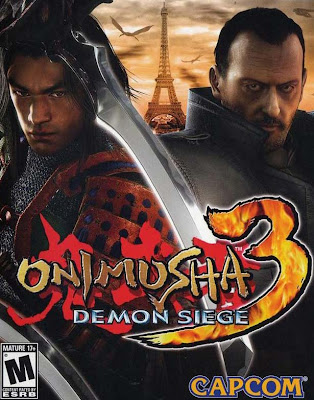 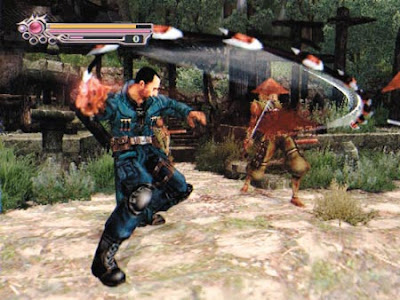 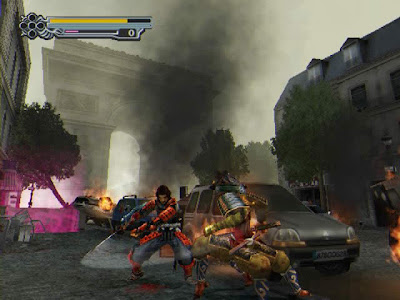 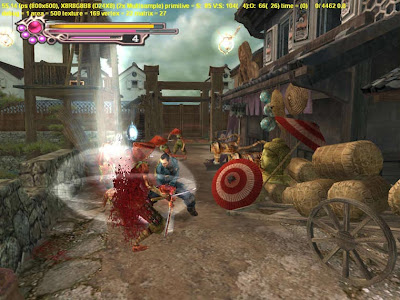 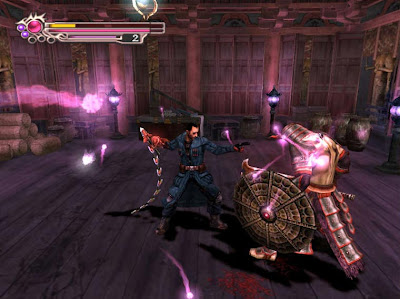 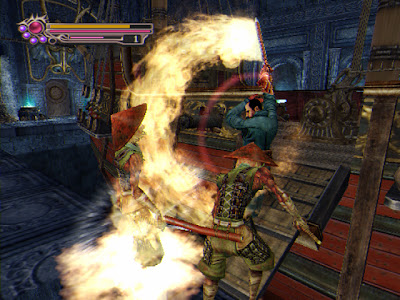 Whats stranger than a PlayStation 2 game costarring The Professionals Jean Reno and House of Flying Daggers Takeshi Kaneshiro thats all about killing hordes of ghoulish samurai monsters? A budgetpriced PC port of that same game two years later, coming from a completely different publisher. Ubisoft did the bare minimum in translating Capcoms original PS2 version of Onimusha 3: Demon Siege to the PC, so not even the games references to the original control scheme have been modified. However, since the underlying source material is great stuff, and since the game still looks good and mostly runs smoothly, this version of Onimusha 3 holds up quite well.
If youre interested in Onimusha 3 for the PC, chances are you havent played the previous games in the series (or maybe youre a morbidly curious fan of the series). All you really need to know is that for all the hard work put in by the heroes of the Onimusha series, slaying countless demons and zombies in their effort to vanquish the powerhungry warlord Nobunaga, theyve been woefully unable to finish the job. Onimusha 3 begins as Samanosuke, the noble samurai from the original Onimusha, is assaulting the fortress in which Nobunaga has been pinned down. It would be a very short game if this were to be the warlords last stand, so instead, a temporal rift suddenly appears during the confrontation, and Samanosuke is whisked away to Paris in 2004and hes not the only one. The sorts of demonic fiends that have plagued medieval Japan now appear in droves in the streets of France, and they begin slaughtering everyone in sight. One of the survivors is Jacques, who unwittingly becomes Samanosukes counterpart. Both men gain the favor of the Oni, in the form of a soulsucking gauntlet and the ability to wield elemental weapons. And even as Samanosuke ends up in the present, sure enough, Jacques ends up in medieval Japan. Now, with the help of a little winged spirit named Ako (basically a blackwinged Tinkerbell), who can conveniently whisk her way across space and time, these two warriors will need to put a stop to Nobunagas nefarious timetraveling schemes and hopefully find a way back to their respective eras.