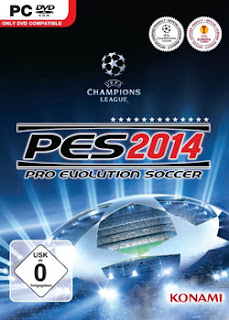 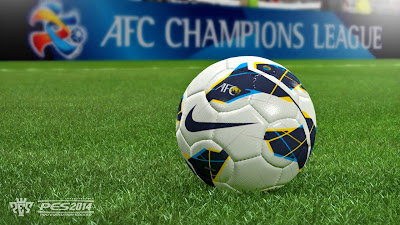 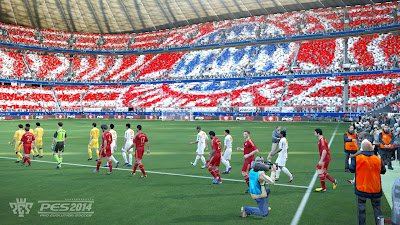 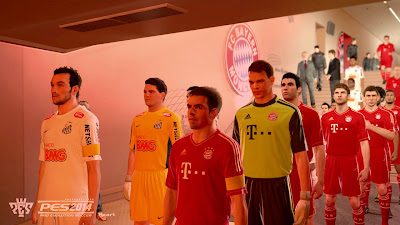 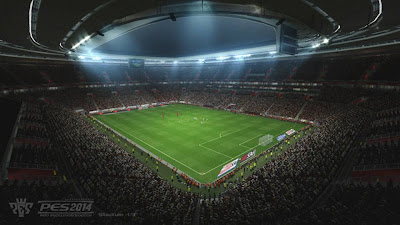 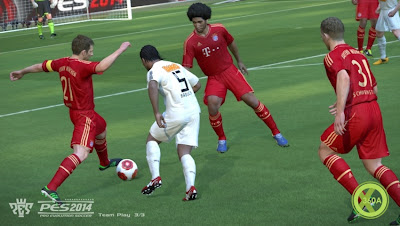 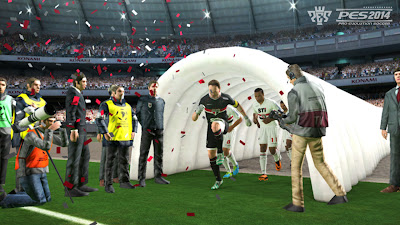 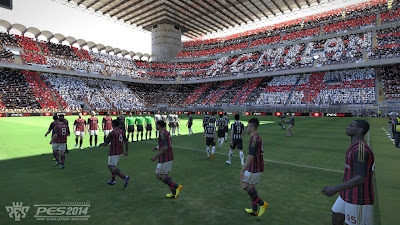 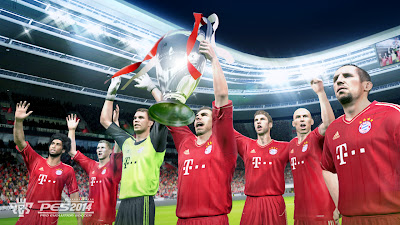 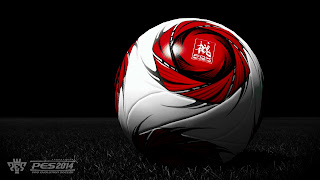 Pro Evolution Soccer 2014 - 2 DVD
Developer: Konami
Publisher: Konami
Genre: Sports Simulator
Description :
Pro Evolution Soccer 2014 marks a new beginning for Konami’s blockbuster soccer series, with an all-new engine allowing for every aspect of Pro Evolution Soccer 2014 to be totally reworked to produce a game much closer to the excitement and variety of a top-level match.
The central theme of fluidity is based on the constant moving of players and switching positions which mirrors the modern approach to football. Producers looked at how the matches ebb and flow, with player individuality key to a team’s success, and well-drilled tactics helping underdogs produce giant-killing feats. In addition to noticeably improved graphics and seamless animation, the thrust of the new engine’s power has been used to redefine the way football is played as a video game. Gone are the limitations imposed by dated animation systems and AI elements, and instead PES 2014 boasts a central core that perfectly mimics the skill and awareness that elevates the world’s greatest players above their peers
Main Features:
TrueBall Tech: PES 2014 centers everything thing on the ball: how it moves and how players use it. First touch and sublime control is what set certain players apart from others. The ability to not only read a pass, but to be one step ahead and to know what is needed to gain yards on an encroaching defender. TrueBall Tech allows the player to trap or knock on a pass using the analogue stick with detailed barycentric physics determining the weight shift of the player and the height and speed of the pass, as to how the player’s body will automatically shape to receive it.
Motion Animation Stability System (M.A.S.S.): The physical combat between players is a vital part of a match, and the new M.A.S.S. component simulate the bodily contact between multiple players within tailored animations that segue seamlessly into each other. Rather than a series of pre-set animations that occur under specific circumstances, M.A.S.S. reacts instantly to any situation, with the reaction of a fouled player entirely dependent on the direction and force with which they are tackled. Dependent on factors such as their size and power, players will stumble but instantly recover if clipped, barge others off the ball, and use their stature to block players from possession. Similarly, Pro Evolution Soccer 2014 now has more styles of tackle, as opposed to basic foot in or sliding types.
Heart: Each player in the game now employs mental attributes in addition to playing styles and skills, and can be adversely affected when having a poor game. However, if an individual is not playing well, his team mates can rally round and will work to support him. The cauldron effect of a vibrant stadium will showcase the mood of the fans, with all-new sound effects combining with stunning AI systems to create a palpable match day atmosphere.
PES ID: Pro Evolution Soccer 2013 set a new bar for realism, with its inclusion of the Player ID system. For the first time, players could instantly recognize a player by their faithfully recreated running and play styles. The way a player ran, moved and spread the ball about would be identical to that of their real-life counterpart, and Pro Evolution Soccer 2013 featured 50 players that utilised the system.
Team Play: Via the new game’s innovative Combination Play users can set up a variety of different tactics in key areas of the pitch using three or more players. These players will make very different off-the-ball runs to exploit holes in the defence or midfield, using the flanks, curved runs, or overlapping play to make themselves available. These moves can be pre-set to key areas of the field, allowing users to exploit defensive weaknesses beforehand.
Professional Consultation: The PES Productions team has undergone several years of consultation with both Pro Evolution Soccer and football fans related to key elements of the series are able to implement a wide range of additional improvements.
Minimum System Requirements :
OS: Windows XP, Vista or Windows 7
CPU: Intel Core i3 530 or AMD Phenom II X4 925
RAM: 2 GB
HDD: 8 GB free disk space
Sound Card: DirectX 9 Compatible
DirectX: Version 11
Posted by GamerSolution at 7:01 PM