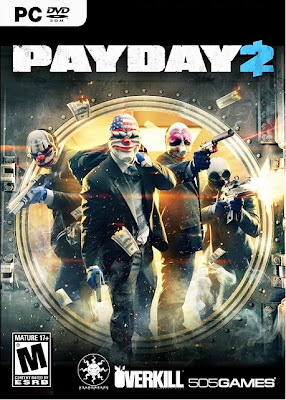 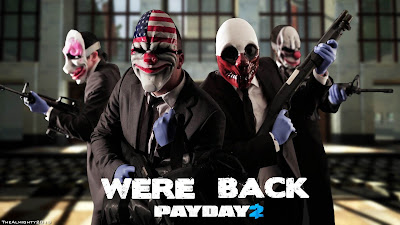 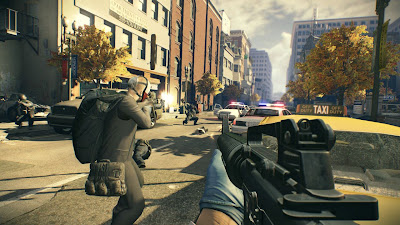 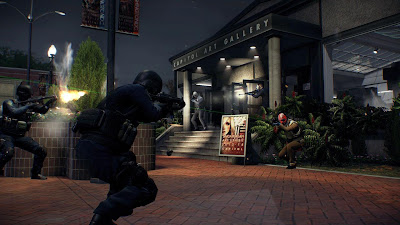 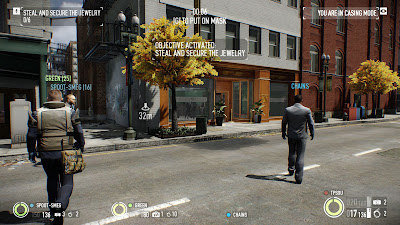 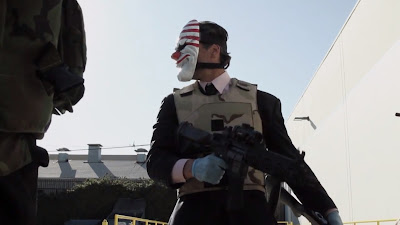 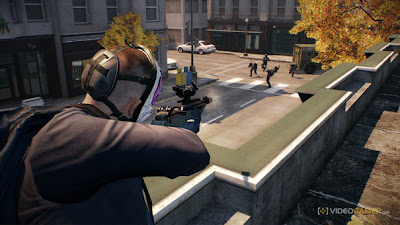 Payday 2 - 4 DVD
English | Platform: PC | Release: 14 Jul 2013 | Publisher: 505 Games | Developer: Overkill Software  Genre: FPS
PAYDAY 2 is an action-packed, four-player co-op shooter that once again lets gamers don the masks of the original PAYDAY crew - Dallas, Hoxton, Wolf and Chains - as they descend on Washington DC for an epic crime spree.
The new CRIMENET network offers a huge range of dynamic contracts, and players are free to choose anything from small-time convenience store hits or kidnappings, to big league cyber-crime or emptying out major bank vaults for that epic PAYDAY. While in DC, why not participate in the local community, and run a few political errands?
Up to four friends co-operate on the hits, and as the crew progresses the jobs become bigger, better and more rewarding. Along with earning more money and becoming a legendary criminal comes a new character customization and crafting system that lets crews build and customize their own guns and gear.
Features:
* Rob Banks with Friends - Players must choose their crew carefully, because when the job goes down they will need the right mix of skills on their side.
* CRIMENET - The dynamic contract database lets gamers pick and choose from available jobs by connecting with local contacts such as Vlad the Ukrainian, shady politician "The Elephant", and South American drug trafficker Hector, all with their own agenda and best interests in mind.
* PAYDAY gun play and mechanics on a new level - firing weapons and zip tying civilians never felt so good.
* Dynamic Scenarios - No heist ever plays out the same way twice. Every single scenario has random geometry or even rare events.
* Choose Your Skills - As players progress they can invest in any of four special Skill Trees: the Mastermind, the Enforcer, the Ghost and the Technician. Each features a deep customization tree of associated skills and equipment to master, and they can be mixed and matched to create the ultimate heister.
* More Masks than Ever - PAYDAY 2 features a completely new mask system, giving players the ability to craft their own unique mask together with a pattern and a color combination.
* Weapons and Modifications - A brand new arsenal for the serious heister, covering everything from sniper and assault rifles to compact PDWs and SMGs. Once you've settled for a favorite, you can modify it with optics, suppressors, fore grips, reticles, barrels, frames, stocks, all of which will affect the performance of your weapon. There are also purely aesthetic enhancements - why not go for the drug lord look with polished walnut grips for your nine?
* Play It Your Way - Each job allows for multiple approaches, such as slow and stealthy ambushes, to running in guns blazing. Hit the target any way you want, and watch as the heist unfolds accordingly.
System Requirements:
Operating system:Windows XP / Windows Vista / Windows 7 / Windows 8
Processor: Pentium IV with 2.7 GHz or any dual-core
RAM: 2 GB
Video Card: 512 MB ??VRAM
Sound Card: DirectX 9.0c compatible
Free hard drive space: 19 GB
Posted by GamerSolution at 6:48 PM