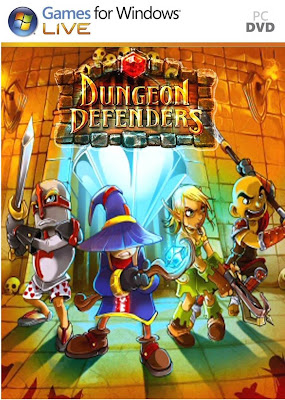 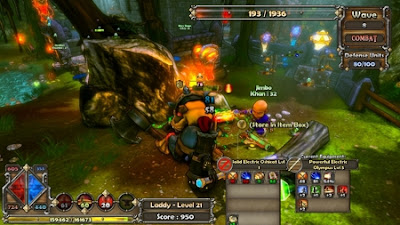 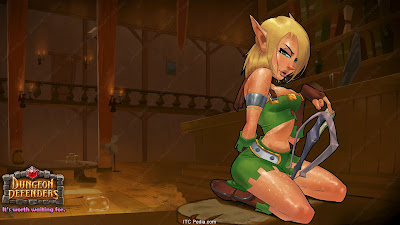 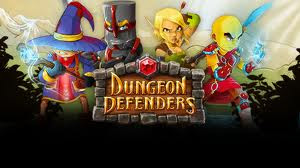 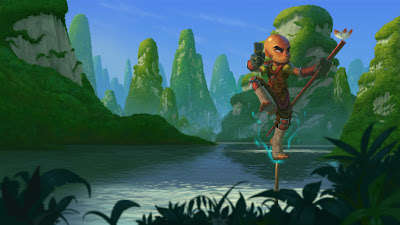 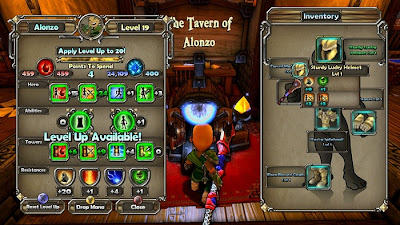 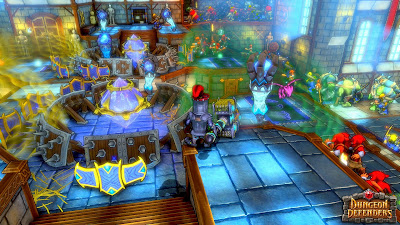 Description: Dungeon Defenders is a blend of two popular genres: the action RPG and Tower Defense. In the game you Play the role of one of four characters, whose mission to protect your castle from hordes of enemies. However, you will not only arrange the defenses and traps, but also directly participate in combat. You will also improve the characteristics of the character, collect different loot, configure, and upgrade equipment and develop the unique abilities of the selected class.

In Dungeon Defenders is a multiplayer mode that allows you to play both online and locally in split screen mode, and the possibility of cooperative transmission game campaign.
Features (in English)
4 player Online and Local Co Op Team up with up to three friends to defend cooperatively, with character classes that support each others strengths and weaknesses. Dynamically combine local (splitscreen) and online players and leave / join any time, so that the games always full.
Tower Defense Meets Action RPG Choose your class, customize your character & equipment, strategically assemble your defenses, and participate directly in action packed battle to preserve your castle against the invading horde!
4 Distinct Character Classes Each character class has a different skill tree, set of towers, and even basic attacks! You can choose if you want to play stealthy, turn invisible, and plant traps behind enemy lines with the Huntress or go all out, block off choke points, and brutally beat your foes into submission with the Squire!
Loot and Level Up Grab the mounds of money and items that your defeated foes drop and trade them or store them for later use in your Item Box! Getting kills and completing waves earns you experience points, which can be used to upgrade your characters, skills, equipment, and towers on a per statistic basis. Do you want to enhance Hit Points, Attack Rate, Damage, etc? The choice is yours ... Store your massive overflow of money in the Mana Bank and then spend it to improve your equipment or trade with other players. Proudly show off your best equipment in your own Adventurers Tavern, without fear of item theft!
Tons of Enemies and Huge Boss Fights Over 100 simultaneous enemies will attempt to tear through your defenses and gigantic Boss Monsters will appear to rain down havoc upon everyone. Only by employing the most effective defensive strategies, teamwork, and strong characters will you defeat such devilish foes! Many enemy types run the gamut from big dumb Orcs swinging huge axes, to lithe Dark Elves that strike from the shadows, to crazy kamikaze goblins! Can you defeat the epic boss battles and collect the special loot while still defending your crystals?
Mission & Game Play Variety Each level has a different visual setting, layout, enemy types, traps, and distinct surprises. To collect all the loot and reach the highest levels you must take your character through four difficulty modes, survival missions, challenge maps, and more! Some maps force you to have mobile defenses, guarding a crystal which warps around the map. Others have YOU attacking enemy encampments!
Collect and Trade Pets Online A variety of pets exist to assist you in the land of Etheria, each with distinct behaviors. These pets can be leveled up and customized to match your unique play style. They can even be traded online with other players!
Secure Trading System Afraid another player wont live up to their word? Use our secure trading system to trade your precious weapons, armor, and pets with other players online! Watch your name and fame spread online, as people seek out the best pet raisers or item forgers!
A Mountain of Stats Every shot you take, kill you make, and defense you build is logged and recorded for posterity. Pore ??over the voluminous charts and graphs at the end of each session to analyze your teams performance, quickly review your best statistics for each level, and compare your data online with other players to see who is the greatest hero of all. Furthermore, your Achievements are visible for all to see within your very own Adventurers Tavern, and the highest scores for each of your heroes are ranked on the worldwide leaderboards!