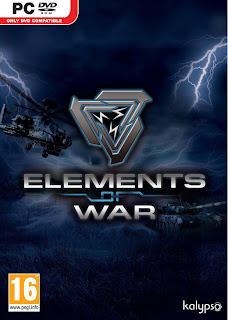 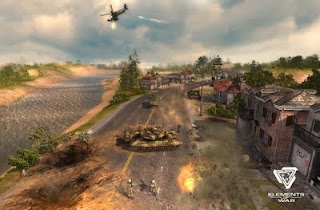 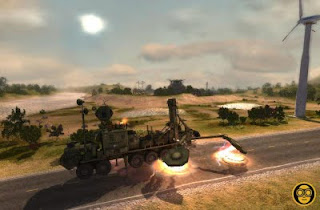 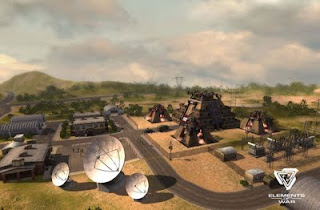 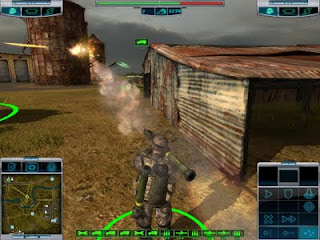 Elements of War - is a modern MMORTS, with a single-player campaign included, set in the post-apocalyptic world that has suffered a global technological disaster. The failed tests of experimental climate weaponry completely destroyed Washington, D.C., burying the government of the United States under ruins. This caused a sequence of ecological disasters all over the world and was also the reason the European Expeditionary Corps were sent to the USA torn apart by warring military forces.
The story of Elements of War will unfold gradually over the 12 missions of the single-player campaign, in which you will command the joint forces of Russia, Germany, France and USA.Having completed the single-player campaign, you may go online and choose one of the two warring sides, former allies, fighting in a new conflict.
You will engage in thrilling battles enriched by highly detailed gameplay animations, realistic particle physics and dynamic weather that will affect gameplay directly. You will be able to play as Russia or the USA in 10 types of PVE missions, fighting marauder gangs swarming the land. To aid you, there will be over 25 upgrades of military hardware, which includes both existing units and futuristic weather elementals and quite a lot more.

Game Features::
- An original storyline
- Convenient classic RTS controls
- Battlefields up to 2 square kilometers in size
- Tens of highly detailed units to control
- An army ranking system in the online part of the game
- 10 large-scale missions for the single-player campaign
- A chance to play American, Russian and German forces in the single-player campaign
- The online confrontation of Russian and U.S. armies
- Unique climate weaponry