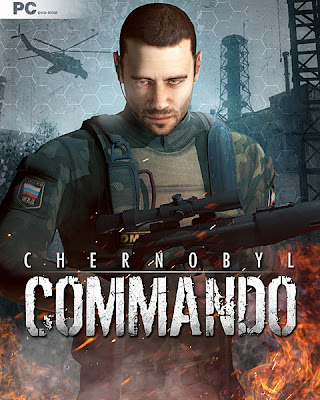 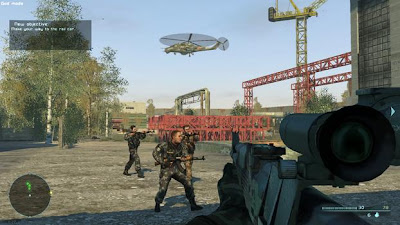 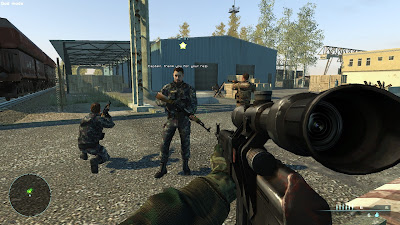 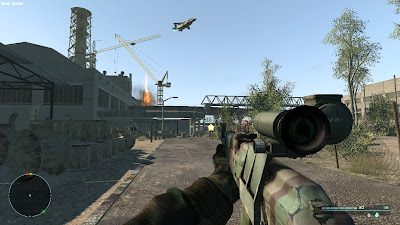 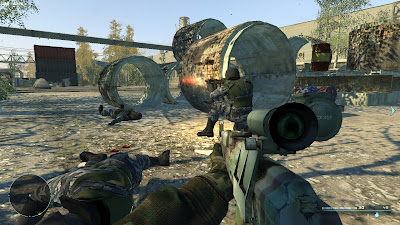 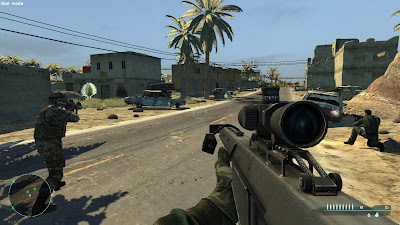 
Developer: Silden
Publisher: Silden
Genre: FPS
After Manhunter, another “big” release for Silden studio, available for some $ on Desura, this is Chernobyl Commando, following of Chernobyl Terrorist Attack.
Description:
When the terrorist attacked Chernobyl Power Plant, captain Yuri Ryakov was sent to sabotage their efforts and destroy radioactive material transports. He succeeded… partially. Now, Russian Army is attacking terrorists’ positions in Chernobyl. However, despite their numbers and aircraft support, they are having tough time trying to defeat the terrorists. They seriously fear the terrorists may take enough radioactive materials away, before being defeated. Yuri, who knows the area very well, is assigned a partner – captain Fedor Strushyn. Together they are sent forward and into the battle, to destroy all the enemy transports they can. This is an epic voyage right into the heart of the battle, and further away – to the Middle East, in pursue of the last stolen radioactive transport.
Features:
PC DVD-ROM First Person Perspective dynamic adventure shooter powered by the advanced Argon 5 technology.
Successor to Chernobyl, which sold exceptionally well in Russia last year.
Play the role of Russian Special Forces captain. Prevent the terrorists from stealing nuclear materials and chase them to Iraq once they succeed.
Game mechanics is fast, preferring shooting and spectacular open combat instead of sneaking.
Game simulates bullet ballistics depending on gravity, wind and bullet initial velocity for more realistic experience.
Player is able to use static guns, ride the cars and even helicopters.
Introduction of player partner makes the game more natural and realistic, since they move through the large battlefield in Chernobyl, and they wipe out terrorists’ bases in Iraq.
Sophisticated enemy AI allows them to fight in groups, using different weapons and explosives, alarming and supporting each other, using terrain and objects in their tactics.
Game is powered by advanced technology and renderer that produces beautiful images, full of light, beautiful atmospheric effects, realtime water, reflections, shadows and different, realistic surface materials complete with vivid, living environments with animated plant life, insects and birds.
Convincing storyline and action objectives. The player is constantly in contact with his partner and HQ, which feeds them with data and changes mission objectives as he goes.
As the technology is very well tested and the team consists of professionals with long experience, the process of finishing, testing, localising and publishing the game should be most fluent
Posted by GamerSolution at 7:32 PM