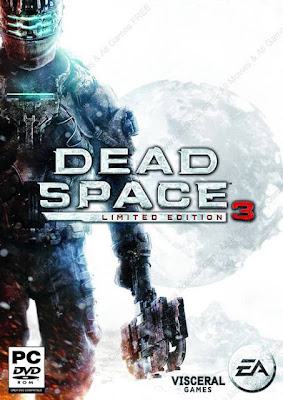 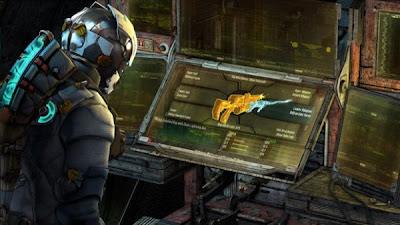 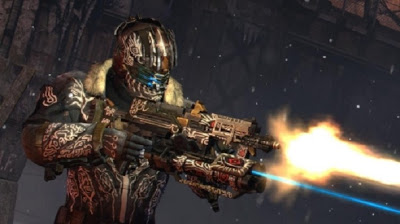 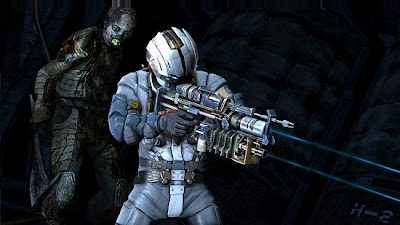 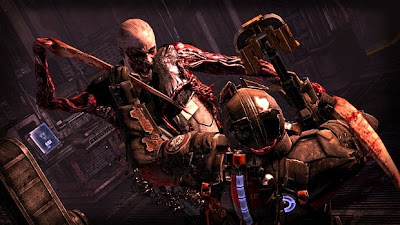 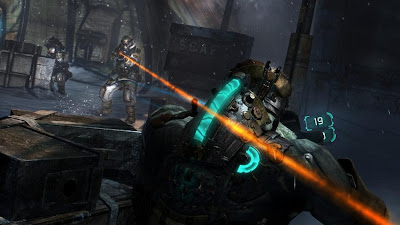 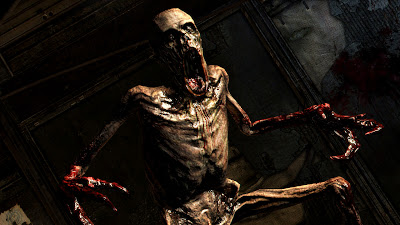 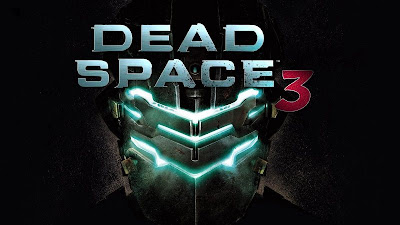 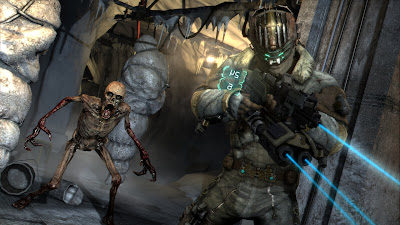 
Scavenge the violent wilderness, build devastating weapons, and take down the terror together.
Dead Space 3 brings Isaac Clarke and merciless soldier John Carver on a journey across space to discover the source of the Necromorph outbreak. Crash-landed on the frozen planet of Tau Volantis, Isaac must comb the harsh environment for raw materials and scavenged parts. He will then put his engineering skills to the ultimate test to create and customise weapons and survival tools. The ice planet holds the key to ending the Necromorph plague forever, but first Isaac must overcome avalanches, treacherous ice-climbs, and the violent wilderness. Facing deadlier evolved enemies and the brutal elements, Isaac can choose to team up, not only for his own survival, but for that of mankind’s. Play together with a friend or go it alone as Isaac Clarke using the seamless new drop in, drop out co-op functionality. Each mode offers unique story elements and gameplay.
Features:
Team up and take down the terror together: Play the full campaign in online co-op or single player, Easy drop-in and drop-out play
Head Planet side and Experience a Hostile New Environment: Discover underworld cities and accept side missions, Explore the frozen terrain and search abandoned encampments
Uncover the Past and Embark on a Thrilling Expedition to Save Mankind: Discover the source of the Necromorph terror and fight to fend off the extinction of the human race
New Cover System: Enjoy a new cover system that allows you to utilize any tagged item
A Whole New Planet: Discover a world of mysteries hidden on the frozen planet, Tau Volantis
Limited Edition pre-order bonus items:
• Witness Suit: These insulated suits were worn by a SCAF deep-dig team assigned to exhume the darkest secrets of Tau Volantis. Whatever they found locked deep in the ice changed them forever. When they emerged weeks later, they were covered head to toe in strange graffiti and claimed to be “Witness to the Truth.”
• First Contact Suit: This unique EVA (extra-vehicular activity) suit was built by the SCAF for encounters with “foreign entities.” It sports a golden finish to provide protection from long-term space exposure and thick armor for … unspecified reasons. The scientist who made the suit gave it the nickname “First Contact.”
• Evangelizer Weapon: A modification of the standard AL-2 used by the Sovereign Colonies Legionaries, this version sports a souped-up AL-2g assault rifle on the top with an Emerson 2100 “Big Boy” tactical shotgun on the bottom. The surviving “Witnesses” of the SCAF deep-dig team dubbed it the “Evangelizer” and decorated them top to bottom with strange symbols.
• Negotiator Weapon: While technically classified by the SCAF as a “scientific instrument,” the gold-plated “Negotiator” sports some surprisingly aggressive hardware. The overclocked, top-mounted Tesla Beam is capable of bursting a man-size organism into several pieces with a single shot. The bottom-mounted Linegun appears to have been built with the sole purpose of cleanly dismembering organic tissue from a distance.
Bonus Pre-Order Items:
• Tesla Enervator: Sovereign Colonies scientists developed the “Enervator” from an overdriven focus coil to “humanely” eliminate dangerous specimens. The Enervator delivers a precision blast causing instantaneous electrocution and molecular destabilization in the target. In test subjects, death was instantaneous.
• EG-900 SMG: This EarthGov-issued sub machine gun is built for urban warfare. It’s compact but deadly, sporting an internal hyper-accelerator for maximum damage.
• Dead Space 1: Engineer Isaac Clarke is sent to repair the Ishimura’s communications array, but he arrives to find a living nightmare — the ship is a floating bloodbath, the crew unspeakably mutilated and infected by an ancient alien scourge. Clarke’s repair mission becomes one of survival as he fights not just to save himself, but to return the artifact to the planet … at any cost. This full-game bonus will be available at the launch of Dead Space 3.
Posted by GamerSolution at 7:57 PM